The P-40 was designed by Curtiss Aircraft of Buffalo, New York with the first prototype flying in 1939. Although considered obsolete and inferior in performance to many American WWII fighter aircraft the P-40 provided outstanding combat service during the early stages of the war. When production ceased in 1944 over 13,700 models of the P-40 had been produced, many for foreign air forces including those of Britain, China, Australia, New Zealand and Russia. The P-40 played a critical role in air combat operations with Allied air forces in Africa, Eastern Europe, China, the Southwest Pacific, Italy, and Southeast Asia.

Perhaps the most famous P-40 combat operations occurred starting late in 1941 with the “Flying Tigers”, known officially as the American Volunteer Group (AVG). Flying from primitive bases in China the AVG successfully engaged superior Japanese fighters claiming a total of 297 Japanese aircraft destroyed with losses of only 21 AVG pilots.

Built in 1943 as 43-5813, the P-40M on display was transfered via lend-lease to the Royal New Zealand Air Force (RNZAF) and became NZ3119. While in operational training with 16 Squadron at Air Station Woodbourne the starboard landing gear partially collapsed, damaging the airplane. As a result, when the unit departed for the front line, NZ3119 was left behind. It served as a squadron hack before being sold for scrap in March 1948.

Rescued from an aircraft scrap yard by New Zealander John Chambers in the late 1960s, NZ3119 was placed in storage until 2005. After being purchased by the TriState Warbird Museum in 2006 NZ3119 was structurally rebuilt by Allied Fighter Rebuilds in Auckland, New Zealand and delivered to Cincinnati in February 2008. The restoration of NZ3119 was completed at the Tri-State Warbird Museum and the first flight occurred in 2011. Following an accident and subsequent repairs the aircraft was again returned to flight in July 2016. 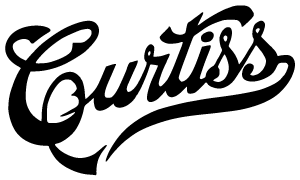