The Fw 190, along with its inline engine contemporary the Bf 109, was one of Germany’s two main fighters of WWII. The aircraft’s design included a number of novel features. There was no hydraulic system, with propeller pitch control and landing gear retraction being electric. All air intakes were buried inside the engine cowling and fed by a cooling fan behind the propeller.

When the Fw 190 entered service in August 1941, its appearance was a surprise to the British, who had to scramble to come up with a fighter that could compete with it. Later versions of the airplane included one with an inline engine and longer wings for better high altitude performance and a ground attack variant with bomb racks and additional armor. Factory and field add-on kits allowed the airplane to be further modified for the mission at hand, making the Fw 190 one of the most versatile airplanes of the war.

The Fw 190 on display has been reproduced based on the data plate of a Luftwaffe Fw 190 F-8/R1 manufactured by Arado Flugzeugwerke in Germany in 1944 and written off in combat later that year. The crash site was visited in 2000 and a few recovered parts have been incorporated into this aircraft.

The Fw 190 on display was built by Flug Werk GmbH of Munich, Germany as part of a limited production run of 21 aircraft. After spending 4 years supervising the construction of the aircraft in Germany, Dr. Thomas Summer of Lafayette, IN generously donated it to the museum in December 2007. It has been refitted with a Pratt & Whitney R-2800-57M2 and is painted to represent a late war aircraft, featuring low visibility markings. The aircraft was completed in 2019, with the first flight occurring in November of that year. 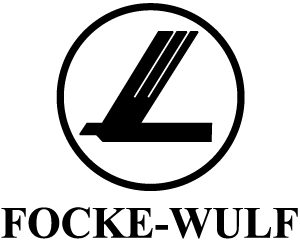